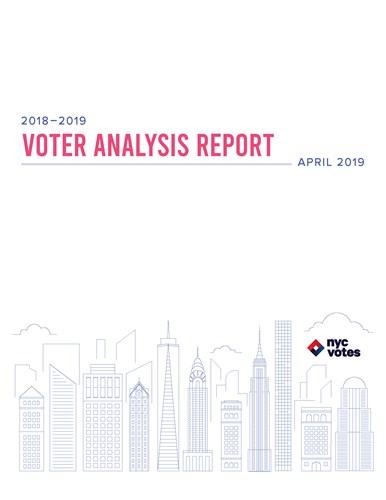 The Voter Analysis Report fulfills the Voter Assistance Advisory Committee's mandate to publish an annual report regarding voter registration and voter participation in New York City elections. Among the key findings included in the report are:

As noted above, turnout in the 2018 midterm was much higher than in previous midterm elections, as illustrated by this chart — one of many included in the report: 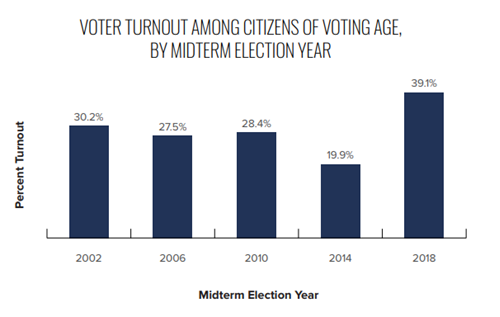 In addition to written analysis, the Voter Analysis Report includes interactive maps to help readers visualize voter turnout throughout New York City in the 2018 primary and general elections, as well as the additional factors that impacted turnout. 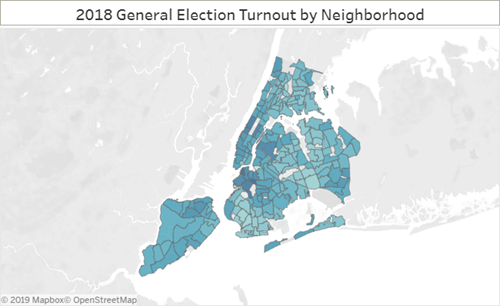 The report also includes legislative recommendations for improving access to the ballot box. Voting will soon be much easier in New York due to a series of voting reforms that passed earlier this year, including:

These voting reforms, while hugely important in removing long-standing barriers to the ballot box, are just the beginning. Other reforms are still needed in order for New York to step forward as a leader in voting rights. To this end, the report recommends the following reforms:

Download and read the full report for further details around demographics and neighborhood voting data. The Voter Assistance Advisory Committee will hold a meeting in June to discuss the report's findings and provide further context.