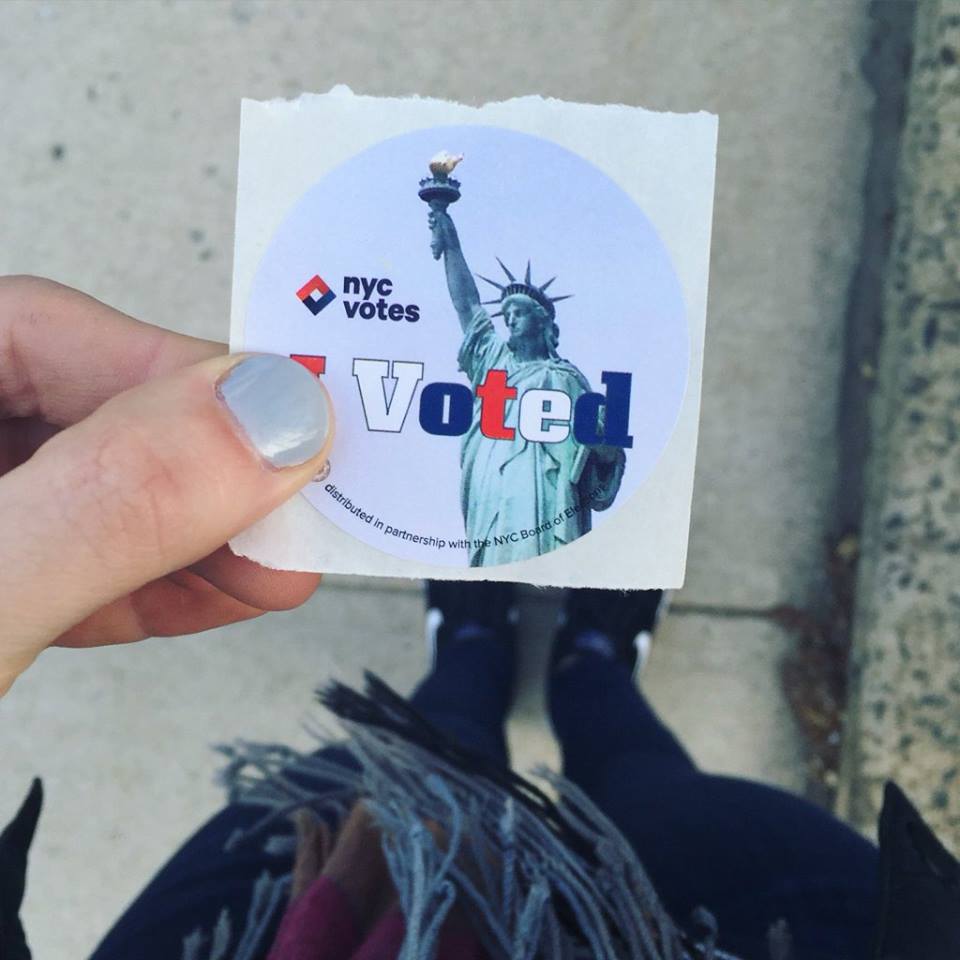 Today, NYC Votes announces the start of a contest to design a new “I Voted” sticker just in time for the 2017 New York City elections. The winning design will be featured on "I Voted" stickers distributed at the polls during the elections this fall and in coming years. The deadline to submit a design is April 14.

Every four years, voters decide who will lead NYC's government. Now, four years after NYC Votes brought the "I Voted" stickers to city voters, New Yorkers will once again decide on a brand-new design they can wear proudly on Election Day after they visit the polls. While voting is the most important way for New Yorkers to show they care about the future of our city, participating in the redesign of the iconic "I Voted" stickers is a great way to demonstrate civic pride, especially with our citywide elections just around the corner.

Artists of all ages are invited to submit their designs for consideration. When NYC Votes hosted its first "I Voted" sticker design contest in 2013 10-year-old Zoe Markman won for her design featuring the Statue of Liberty.

Once all the designs are in, NYC Votes will select finalists and hold a public vote so New Yorkers can decide which sticker they like the most. After a winner is chosen by the public, the new design will begin appearing on stickers given out during this year's citywide primary and general elections.

The contest is hosted by NYC Votes, the voter education initiative of the New York City Campaign Finance Board (CFB). The CFB will be printing the stickers and the Board of Elections will distribute them to voters at polling places all over the city on Election Day.

“It’s more important than ever that New Yorkers participate in local elections, where impactful decisions are made on issues that affect our daily lives—from the quality of our schools, to the cost of renting an apartment,” said Loprest. “Allowing New Yorkers to have a say in what their ‘I Voted’ stickers should look like expresses the unique pride we have for the place we call home and reflects the diversity of our amazing city.”

“The ‘I Voted’ sticker is something all New Yorkers can wear on Election Day to share their love for New York City as a proud participant in local elections,” said Michael J. Ryan, executive director at the NYC Board of Elections. “We’re excited to see new designs that reflect this spirit.”

In order to participate, contestants must agree to the official contest rules and submit their designs by completing the submission form on the CFB website by 5:00 pm ET on Friday, April 14, 2017. The designs will be judged based on their overall aesthetic, the strength and effectiveness of the design's message, and the uniqueness or standout factor of the design.

For any questions or media inquiries, please reach out to CFB Public Relations Aide William Fowler at wfowler@nyccfb.info.

NYC Votes is the nonpartisan voter engagement initiative of the New York City Campaign Finance Board (CFB) and its Voter Assistance Advisory Committee (VAAC). In addition to promoting voter registration, participation, and civic engagement in New York City through its many NYC Votes programs and partnerships, the CFB sponsors the city’s official Debate Program and produces the citywide Voter Guide.