NYC Votes is pleased to announce that the public has chosen a new design for the official New York City "I Voted" sticker, which will be distributed at polling places throughout the city on Election Day. The winning design will now go to print, making its debut during the citywide primary elections on Tuesday, September 12, 2017. 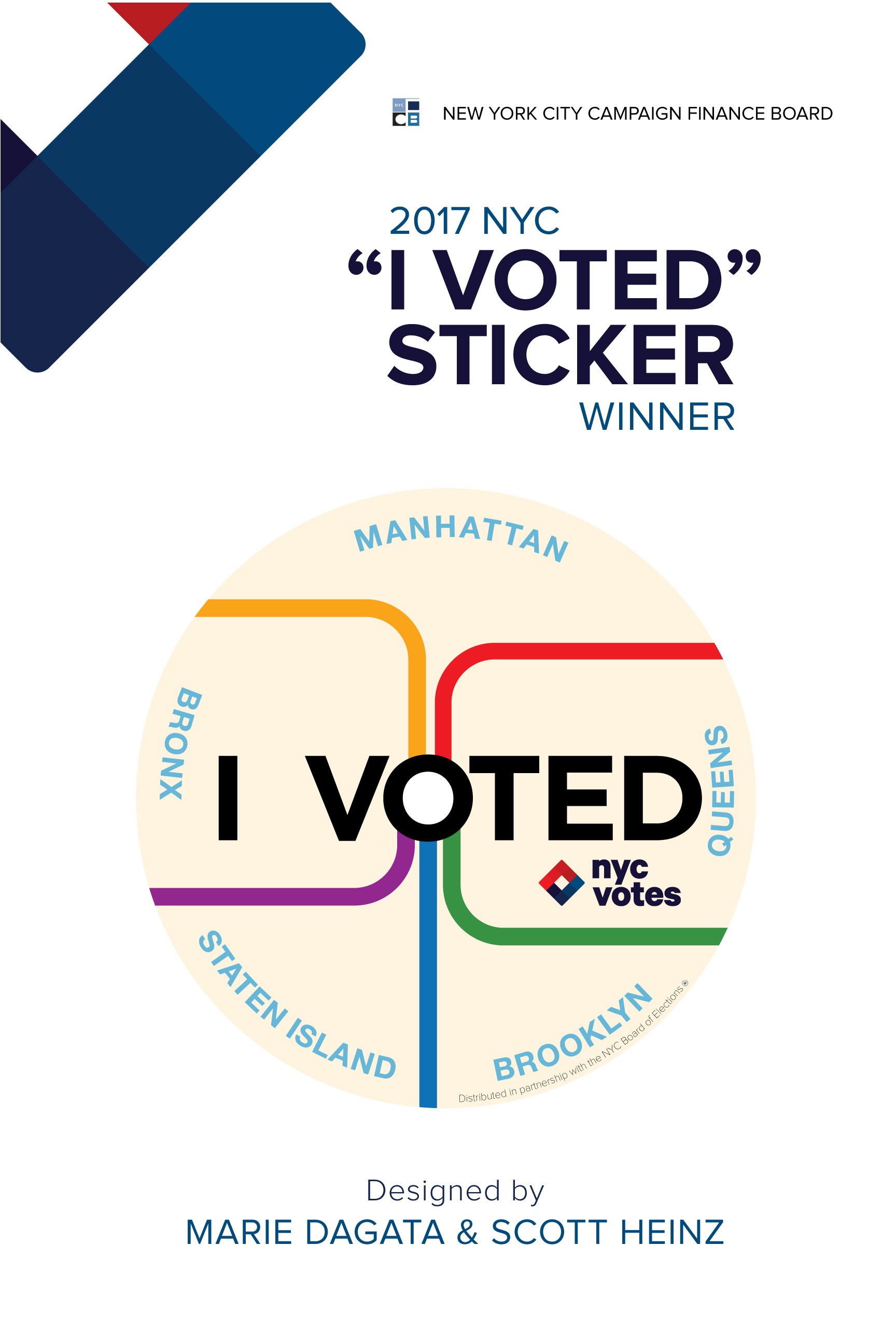 "I want to congratulate the winners and urge all New Yorkers to go cast their votes this fall and wear this beautiful new sticker with pride," said Frederick Schaffer, Chairman of the NYC Campaign Finance Board (CFB). The CFB's nonpartisan voter engagement initiative, NYC Votes organized the contest. "I think I can safely say that this contest has already started to get New Yorkers excited and thinking about the very real elections they’ll be voting in this fall."

"We are thrilled with New Yorkers' choice for the new 'I Voted' sticker and with the level of interest this contest has generated," said Amy Loprest, Executive Director of the NYC Campaign Finance Board. "We're hopeful that the sticker will inspire more New Yorkers to learn about the candidates in the citywide elections this year, turn out at the polls on Election Day, and show their neighbors they care about the future of their city."

Bronxville residents Marie Dagata and Scott Heinz designed the winning sticker, which was inspired by the MTA subway map. "All the people of the boroughs meet together, pass each other, need each other in the subway and the voting booth," said the winning designers, in reference to their submission.

The design submitted by Dagata, 59, and Heinz, 56, was chosen as one of ten finalists from more than 700 submissions that NYC Votes received in April. All of the final designs were selected based on their overall aesthetic quality, the strength and effectiveness of the design’s pro-voting message, and how well they represented New York City.

The sticker was chosen through a public vote in which nearly 10,000 "ballots" were cast via phones, computers or tablets. Voting was conducted during a two-week period, from Friday, April 28 through Tuesday, May 9, reflecting the timeframe given to voters in the many states with early voting laws. NYC Votes calculated the results using an instant runoff voting (IRV) model to identify the sticker with the broadest public support. The rules allowed voters to rank their top three designs in order of preference. A similar model is used in elections in San Francisco, Minneapolis, Maryland, Australia, and Ireland.

This table shows how the results were counted: 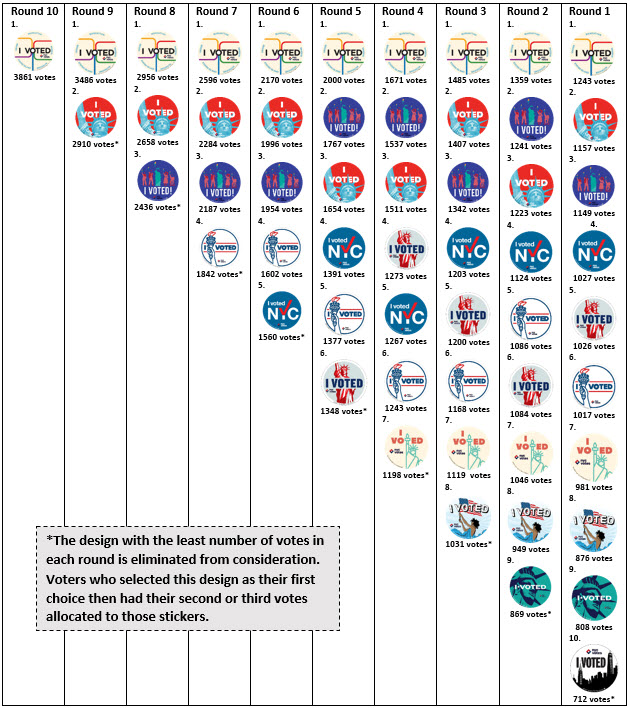 New York City's current sticker has been in use since 2013, when the CFB launched its first public sticker design contest, which was won by then-10-year-old Zoe Markman. Now Dagata and Heinz's design will replace Markman's as the official sticker worn by voters on Election Day.

The winning sticker will be printed by the NYC Campaign Finance Board and distributed on Election Day in partnership with the NYC Board of Elections.

NYC Votes is the nonpartisan voter engagement initiative of the NYC Campaign Finance Board. For more information about the “I Voted” Sticker Contest, please contact the CFB at press@nyccfb.info.