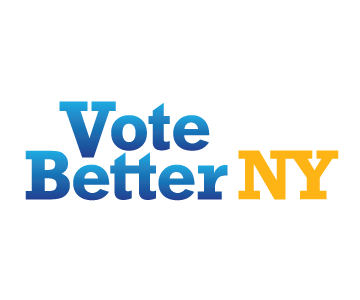 On Tuesday, November 3rd, good government groups and community-based organizations will launch the statewide Vote Better NY petition drive to put election reform on the agenda in the 2016 elections.

WHO: Volunteers from organizations joining the petition drive will speak to why voting needs to be easier in New York, based on their own voting experiences:

WHAT: Launching one year before millions of voters will head to the polls for Election Day 2016, the Vote Better NY petition drive will show lawmakers New Yorkers from across the state want election reform to be a priority in Albany. Our petition calls for three key reforms to make voting easier in New York:

In the coming months we will continue to broaden the Vote Better NY effort to reach communities all across New York State: sign up to be a coalition partner here. Track the team’s progress by following us on Twitter and Facebook. New Yorkers can add their voices to our movement using the #VoteBetterNY hashtag.